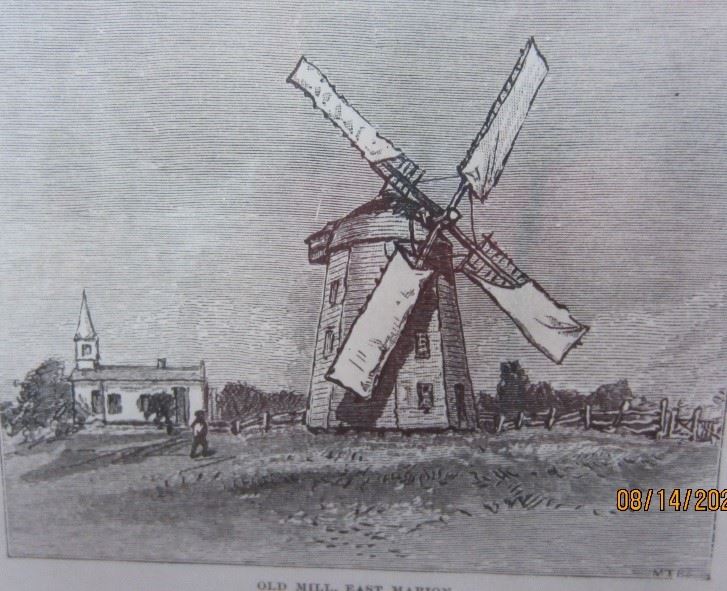 Tradition tells us that the hamlet’s present name came from a local admirer of General Francis Marion, the “Swamp Fox” of the American Revolution.  When residents applied to get their own post office, they were denied because New York State already had a place named Marion, so an “east” was added to the name.

For over 50 years, East Marion was the headquarters of a life-saving station which rescued countless people who otherwise would have been lost when their ships were wrecked off of the sound shore.  When the Life-Saving Service merged with the United States Coast Guard, the station stayed open through World War II before it was finally closed.

Residents of East Marion were sometimes nicknamed “shad eyes” since the community had so many fishermen (Orient residents were known as “turnip pullers” as they tended to be farmers).

East Marion received wide acclaim when, on May 30, 1949, they dedicated a new government post office to serve also as a World War II memorial.  Town residents raised over $7,000, which together with a bank loan for $1,000, was sufficient to erect the present building.